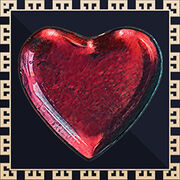 Expeditions: Rome allows you to romance various characters. For every sex, there are four options, with two of them being available for the female and male Legate, which are Caeso Quinctius Aquilinus and Deianeira. There are two romanceable characters for males, which are Julia Calida and Cleopatra. Bestia Tabat and Marcus Porcius Cato are the exclusive female romanceable options.

Unlike the predessing games, a successfully romance does not depend on Random Travel Events at a camp or between trips. Instead, it involves selecting enough romance dialogue throughout the first and second act of the game to trigger the random travel event in the second act, which should be at least two lines of dialogue. Some of this dialoge can be done by doing persoal quest(s) of the character.

After successfully romancing a certain character, it's likely to have consequences when attempting other romances as well, but that is unclear and unconfirmed for the time being.

All romances need to be completed during the second act. There are no new romances available during the third act.

Romance conditions for Caeso are at the moment unknown, but the personal quest In Vino Veritas has one line of romantic dialogue for him. At the start of second chapter, there is also the option of selecting one romance line when Caeso is seen again after years in the villa of the player character.

In case enough dialoge is selected, it will trigger the event calledd Just What the Medicus Ordered in the second act.

Female are approached by him in the second act, but whether it count as a romance, is unknown. Marriages in the Roman culture were also made for political alliances between patrician families.

This romance is a part of Spoils of War storyline quest.

It's currently unknown if the sidequest A Carpet Befitting a Queen is neccessary to fulfill the job. The romance takes places after the palace siege, when her brother and husband is killed and removed from the throne. In case she is left alive and enough romance dialogue has been selected, she will travel to your villa and romancing her is part of the quest Spoils of War.

The romance dialogue lines which can be selected are available when saving her during the quest The Egyptian Queen and in between A Strange Alliance.

Conditions for romancing Deianeira are currently unknown, but this involves the quest of An Unsettled Score in which a romantic line can be selected.

When two or more romance lines have been triggered, it will at some point, trigger the random travel event Desert Jewels, which is the event in which the romance has to be completed.

You probably also have to complete The Third Man and then free her during Unthinkable.

The conditions for triggering the romance event are involves selecting at least two lines of romance during the the first act and the second act. She has the following romance dialogue lines throughout the game:

Julia Calida can be romanced in the second act. At some point in the second act, the random travel event called The Hunt will trigger at some point. After setting up camp, Julia is going on a hunt. Join her on the trip. During the hunt, there is no dialogue which has the romance button, try to select dialogue lines which do not outright reject her and pick dialogue which is resolute about it's intention. Julia is not a princess who respects cliché romantic lines.

When two antelopes are found, let her do the shooting when the player character is a non-Sagittarri class. Though the other antelope lives another day, one is shot down. Carry the animal for her and when walking back to the camp, choose the line of dialogue that shows your intention. After prandium (evening meal), when you retire to your tent, you will be visited by Julia after some thought processing.