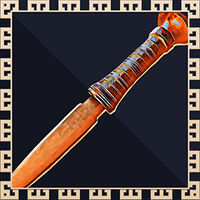 This crafting guide is for the crafting of of player made items in Expeditions: Rome. With a schematic and the introduction of unique items in this game, it's possible for the player to craft their own items with unique properties by dismantling those items found during the game. The Unique crafting materials which are also gained when dismantling the items, can then be distributed to other items, with some boundaries depending on the effect.

As such, this guide is to provide example items which can then be crafted.

In the case of Scipio Africanus' Helmet, it's best to dismantle it for its Unique crafting material to be distributed to another helmet. Even when to given to a Veles with only access to medium armour, a generic helmet of pristine quality of the same ranks, offers the same properties and two random adjustable attributes.

When it comes to Talismans, They have the least different effects avaible for offensive and defensive goals. However, they have the advantage of applying these affixes all offensive-orientated affixes to all weapons, including for the Unarmed skills. As the effect amount is usually the same as weapons, it is therefore better to apply effects to the talisman, due to offering the bonus to all equipped weapons, instead only the weapon with the effect. This is for the following effects:

Every generic weapon has adjustable affixes depending on the quality, but the unique weapon have between 0-5 affixes. As there is only affixed to be adjusted, it should be done in the following order when they are the same number:

Whether it's an unintented or intended oversight by the developers, it is possible to gain more Good salvage and Pristine salvage by crafting certain equipment and then dismantling it the moment it is retrieved from the box near the forge in the Legion Outpost. The only disadvantage of this process is that a Praetorian is occupied and can't accompany the player character as often on their travels.

This is currently possible with the following items: