Finished The Battle of Yngilwood.

Bounties is a sidequest which consists of five bounty hunter quests in total. As such, this quest can only be completed by completing the other five bounty hunter quests. This quest is unlocked after The Battle of Yngilwood has been completed. After visiting Aethelred in Eoforwic, Wada suggests that you should talk to Sigca, who oversees the process of bounties. He can be found near the hall of the king.  You should talk to him about every bounty to unlock all quests. 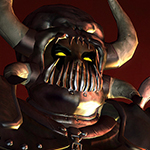